A RUN TO REMEMBER 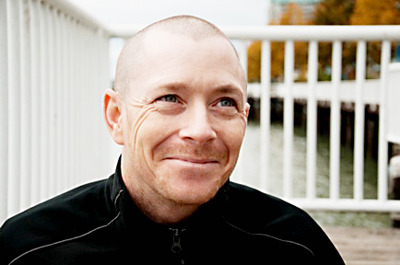 David McGuire was told he would never walk again—so he is running across Canada.  McGuire will run a marathon a day across the country in an event called A Run to Remember to support brain injury awareness.

He will start April 1 in St. John’s, Nfld., after a launch event March 31 at Harbourfront Park.  He will run for approximately seven months, ending in Victoria sometime in late October.

BrainTrust Canada, a community rehabilitation association with a focus on brain injury prevention is coordinating the event.   The name of the event is significant because problems with memory are often a major outcome of brain injury, as they are for McGuire.  He sustained a brain injury in 2005, and although his family was advised by medical staff that he may never walk again, he began running as part of his rehabilitation and completed his first marathon in 2006, a year after his brain injury.

“I want to inspire people, especially youth, who are at highest risk for brain injury, and think it won’t happen to them,” McGuire said, “I also want people to better understand brain injury—I’m not the same person I was before the injury, but I have a lot to offer and am living my life to the fullest.  I’m just a guy with brain injury, but I can run, and I have a story to tell.”

Magda Kapp, director of communications for BrainTrust Canada, adds: “David is truly an inspirational human being—with his help we hope to change the face of brain injury in Canada.   Brain injury is much more prevalent than people realize, and also virtually every day there is a story about concussions and brain injury. “People are more aware of the fragility of their brains, but we need to bring more awareness to this issue.  The brain is not fully formed until the mid 20s and areas responsible for judgment and reasoning are among the last to develop, which contributes to youth 16 to 24 being at highest risk.”

Companies interested in supporting this cause and A Run to Remember can contact BrainTrust Canada 250-762-3233 or mkapp@braintrustcanada.com.

For the event, BrainTrust Canada has set up a Legacy Fund with proceeds to promote brain injury prevention and develop new support strategies for persons living with brain injuries in Canada.

Contributions can be provided through www.runtoremember.com, with options such as buying a kilometre for $20, or text the word “brain” to 45678 to contribute $5 on your phone bill.

Brain injury has been labeled an epidemic and is the greatest cause of death and disability for people under age 45, surpassing cancer, heart disease, diabetes and all other causes.

More than 170,000 Canadians incur brain injury each year—483 people per day, or one every three minutes—more than a Boeing 747 carries.