WHERE ARE HENNY & HARRY?? 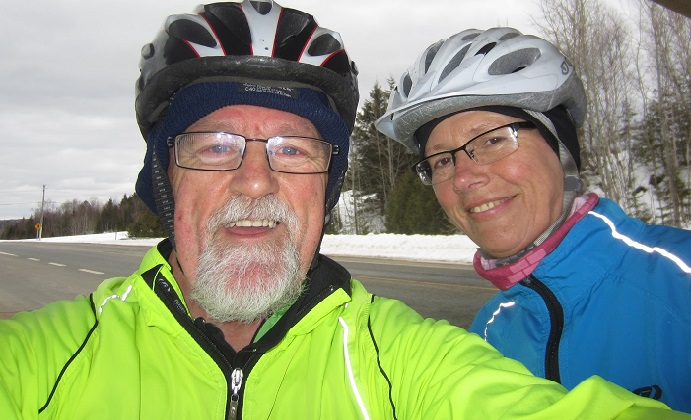 Sea to Sea 2013 Bike Tour is a nine-week, 3,900-mile cycling trek across North America designed to raise awareness and funds in support of those living in poverty around the world.The tour begins June 22, 2013, in Los Angeles and ends August 24, 2013, in New York City. Stops include Phoenix, Colorado Springs, Pella, Grand Rapids, Toronto, and Montreal. Organizers expect this will be the largest bicycle tour to ever cross the United States and Canada.  The challenge includes nine weeks on the road, cycling an average of 100 km per day, and resting only on Sundays.

A WORD FROM HARRY & HENNY

This morning we got up early and by 7.45 AM we were on the road.

The plan was to drive for about an hour and then have a two hour bike ride.
After an intense discussion we decided to go to a KOA camping in Beaver, Utah.
We arrived there at noon and set up the camper and since it was so nice and sunny outside we
changed a bulb on the trailer with the help of Mike  Joyner who is the host of this camping.
Also we did fill our propane tank and pumped our tires.
All stuff that we wanted to do but didn't get around to it.
Then we took a swim in the pool and lazed around for a bit.
But my dear wife wanted to go for a bike ride.
She wanted to know how it feels to cycle in 88 F weather.
With properly inflated tires she took off (not clothes) like crazy.
My training plan for Henny was top notch .
I kept her tires at 75 pounds instead of a 100.
She has to pull me now.
After that we had another swim.

Praise God from whom all blessings flow !
Harry & Henny