THE MACTAQUAC DAM RUN by the running rev! 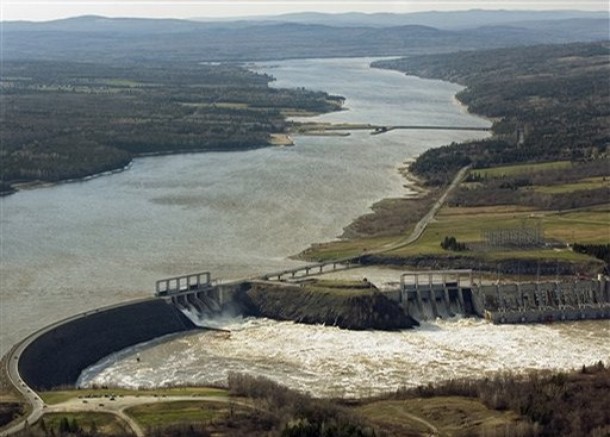 Ferenc Krausz, working away feverishly in his laboratory at the Max Planck Institute of Quantum Optics, somewhere in Germany has clocked the shortest time intervals ever observed. The events that Kraus probes lasts for 100 attoseconds, or 100 millionths of a second. Now just for your information, and who knows, although seemingly trivial, might one day actually become useful to those of us who are oblivious to such things, ( well, I can only speak of myself ) but 100 attoseconds is to one second as a second is to 300 million years.   The problem, in brief, is that time may not exist at the most fundamental level of physical reality. If so, then what is time? And all this time I thought time existed.  Just goes to show that sometimes, often times we can be so behind the times. Whew!

As runners we are very much interested in ‘time’ as we often run for a particular amount of time, and also for a particular time as we seek to cover as much ground in as short a time as possible, often seeking those personal best times that come with the diligence and dedication and determination and discipline of a training program that endeavours to help us run our fastest times, covering a particular distance in the shortest possible way.

Now the other evening we listened to a great, dynamic and energetic presentation on ‘mental toughness’ and it occurred to me that there is another side to this phenomenon where a runner sets out to not only run as fast as they can but to endure as much pain as they can. In the process of what we call ‘racing’ we actually begin to call our cause - the marathon or 10km race - into question as negative thoughts arise with the appearance of the first hill or when another runner passes us, or we get that awful stitch in the side, or the old hamstring starts to hurt.

Often, we can rise to the occasion if, as Ryan noted, we have prepared. But if we haven’t prepared then mental toughness may just make that old injury worse, and it doesn’t matter how many positive thoughts we might have, lack of preparation only leads to a disastrous experience.

However the other side of mental toughness is when, as a runner, instead of all those personal bests in response to all that high caliber training and preparation their race times actually get slower simply because of the passing of time, that is if time does exist.   That's where mental toughness really comes into play.

As a great mentally tough runner ingeniously noted that with the passing of time ‘it takes longer to run shorter’ and in spite of all the long runs and speedwork and tempo runs race times are slower. That’s when mental toughness kicks in. To stay at it when the evidence actually records a decline of our efforts. It’s the same with an injury that refuses to heal. That’s when we discover something about ourselves and about whether we have the ‘stuff’ to overcome the passing of the years or have the fortitude to face all adversity with a positive outlook.   Making the bad stuff work to the good - ah, that is life's little challenge!

That’s a no brainer for me. There is a little anecdotal tale of a pastor who, when perplexed by the events of life would say ‘Coulee!’ Someone asked him one day what he meant by ‘Coulee’ and the pastor responded that "Coulee was the biggest damn in the world."

"Coulee!" That was my first response when first realizing that this Saturday was the Annual Dam Run around the beautiful Saint John River. However, looking at my calender where I record days, dates and time ( that apparently doesn’t exist ) discovered that my schedule would take me not around the Mactaquac Dam, but over to Doaktown for a funeral. Then taking time to reflect on this conflict within, the realization came quickly flooding over me that, God willing there would be another time to do the Dam Run.

Enjoy the day! On the drive over to Daoktown my thoughts will be not of Coulee, but of Mactaquac and the beautiful Saint John River, and of a group of dedicated runners setting out to have a good time!   I will enjoy the beautiful Naaswaak River as life's journey takes me along.

Be sure to pause and give thanks for life and health and safety, the power to work and leisure to rest and for all that is beautiful in creation and in the lives of family, friends and even the strangers we meet and who become friends as they cross our path, or run in front of us or behind us. For me it is mostly in front these days as times get slower, but thanks be to God I’m still there .... holding on with all I got!  Beannacht!