Gee, Life's so busy I missed it! 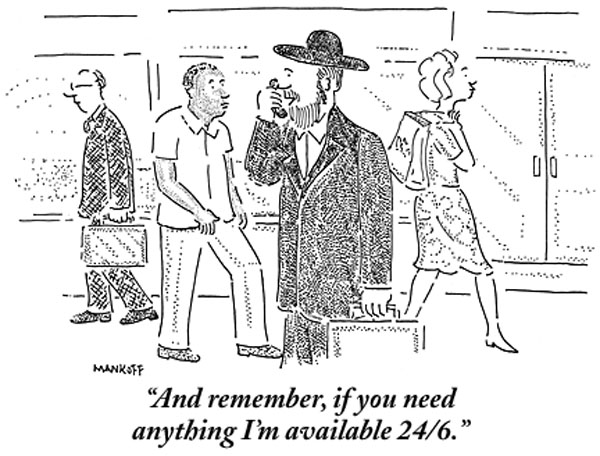 National Day of Unplugging: a Sabbath from Technology

The 24 hours beginning this Friday, March 19 and extending to Saturday March 20 has been designated as the National Day of Unplugging - in which, ideally, the nation's multitasking, hyperconnected, iPhone-waving, Tweeting, Facebooking, tech-addicted masses put down their devices and reconnect with the things that are really important. Now Reboot, an organization dedicated to reimagining Jewish tradition, has created The Sabbath Manifesto, a "creative project designed to slow down lives in an increasingly hectic world." The Manifesto comes with 10 core principles that are open to readers' interpretations.

Join us in fighting back against the tidal wave of technology taking over society and our lives. [...] Put down the cell phone, stop the status updates on Facebook, shut down Twitter, sign out of e-mail and relax, as part of our National Day of Unplugging. People across the nation will tune out to reclaim time to slow life down and reconnect with friends, family, the community and themselves for 24 hours, starting at sundown, Friday, March 19. The Sabbath Manifesto's principles were created for individual styling, but for one day we are asking you to take on the challenge of Principle Number 1: AVOID TECHNOLOGY.

The idea is resonating in the media, with recent pieces in the Wall Street Journal and the NY Times, and Reboot recently teamed up with DC's Sixth and I Historic Synagogue to take back the Sabbath.

The effort is also inspiring other creative media types; filmmakers Tiffany Shlain and Ken Goldberg - who previously produced "The Tribe," a popular short film about Jewish identity - were working on their new film "Connected," which "exposes the importance of personal connectedness in relation to understanding global conditions, ultimately showing how all of humanity is invested in today's crucial issues" when they saw the Sabbath Manifesto video. Inspired by Reboot's effort, they created "Yelp," with the subtitle "with apologies to Allen Ginsburg."

from the running rev!