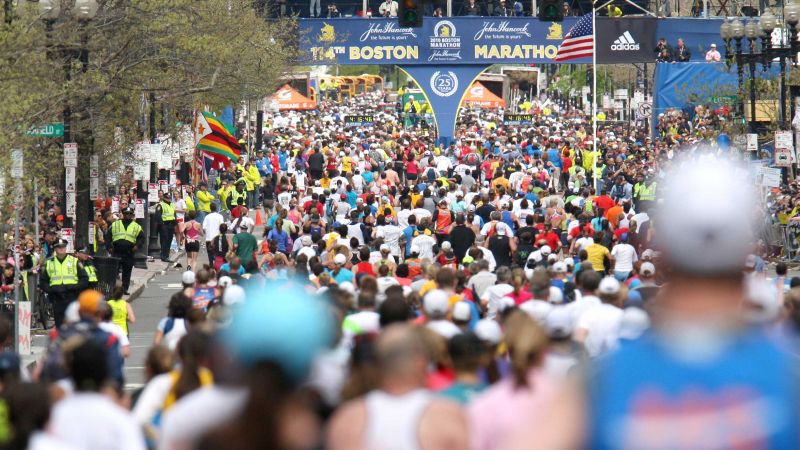 Every year about this time, when the Boston Marathon rolls around, and the promise of spring is in the air, the experiences of that day way back in 1981 fill my mind.  Good heavens that's thirty years ago.    Here's sending best wishes to Eric Gionet  to have great experiences at this year's Boston Marathon.   Its something every runner should do at least once.

Now, its kind of amusing to think that some of us have been around that long.  Its even more amusing that the same discussion is going on today as it did all those years ago when the club was first formed.  What makes me smile is that some of us are 60+  and still pushing the pace - the only way to run faster is to run fast.   It makes me feel pretty good to read about these young 'uns who are having a hard time keeping up with us old fellers.

Thirty years ago all the training for the Boston Marathon was done alone as there was no club as yet.   When the 'fun running club' came into being, here was an opportunity to be pushed to run faster.   it also meant an end to the lonliness of the long distance runner.  The running part was being able to test yourself against the pack.   The 'fun' part was the club parties and sharing a meal at a local dining establishment afterwards.    That's where we got to know each other as we were usually running too fast to talk.!  That hasn't changed in thirty years and there's more people out at the fun runs now than there were back then.   I think the future of the club is looking after itself.

If you have 8 minutes here is an interesting video that says it all.