A significant number of hardy runners participated in Harry's "Frozen Nose & Toes" this past Saturday. With a starting temperature of about -20 C at 8:30 am, the CCRR continued our tradition of heading out for a run, regardless of the weather. A few started earlier for a long run and then joined the group, and a few more headed out after their 4.5 laps, and there were also a few runners who just kept going around and around and around the Forestry Complex...

Congratulations to all of you who participated, and also for contributing to the collection for the Fredericton Food Bank.

Thanks to Harry for organizing the event! 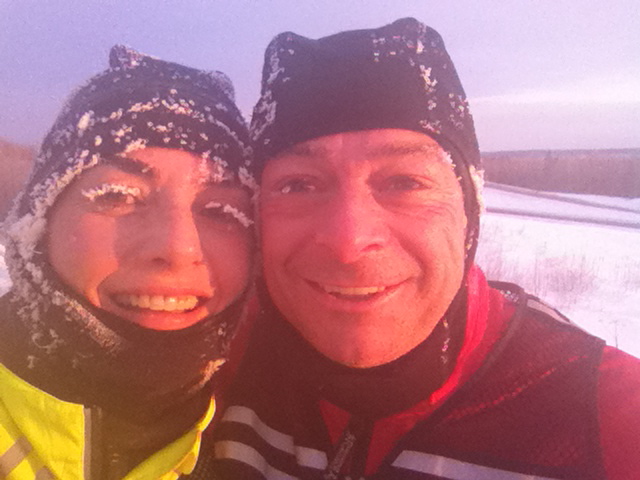 There was also a respectable gathering afterwards for brunch and the 2011 AGM at Isaac's Way.

A big thank you is due to the outgoing CCRR Executive, and welcome to the 2011 Executive: