A WATER COOLER KINDA CONVERSATION by the running rev

After the race, the running of the 21st Chipman 10km, run on a hot, sunny day, the great big cooler of Gatorade was calling to me in a song so sweet. Drinking the cool orange liquid, the sweetness of it, pure sugar for sure, reminded me of a certain Dutchman whose own concocted and finely doctored Gatorade - with its 'secret' substance - on those long winter runs is lthe stuff of legends. I think Lance Armstrong drinks the same stuff! Drinking the second cup of this sweet and sugary thirst quenching and addictive substance an older runner asked me if it was any good. "Good," I replied, "Its so good you'll want to drink the whole dang thing."

How do you spell that?" he asked.

'What was your time?" I enquired.

"Fifty one minutes and change," he replied. Almost two minutes faster than my time. I tried to get my head around that.

"I'm 71 years old you know?" he said, with a noticeable pride in his voice and with a sureness that he didn't look even close to that age." Thinking about my own time, ( "Fifty threee minutes right on" the man at the finish line had shouted out ) - I really didn't need too or wanted to hear a statement that a 71 year old had beaten my time by almost 2 minutes.  Well, it was hot.   I know, it was just a hot for him too!

"I didn't take up running until I was 67 years old," he continued. "My wife, Dianne, two 'n's and an 'e', died of cancer. It'll be 8 years tomorrow actually since she was diagnosed."

"What kind of cancer?" I asked, 'Breast cancer?"

"No," he countered, "Stomach, then went into her liver. She had a hell of a time." I could sense that he was back there, with her. He could see her suffering. He was feeling her pain all over again.  "She was only 62," he said wistfully.

``Then," he said, "Just a year later, my grandson died. He was only 12 years old. Just died suddenly. They really don't know why. His heart just stopped. Just 12 years old."

Again, you could see in his eyes, and the inflection on his words, and in the silence that comes between the words that he was back there too. "My daughter organized a race in his memory. Brent's his name. The school kids and others wanted to do something to remember Brent, so my daughter organized a race 'The Brent Kelly Memorial Five Mile Race'. He's my son's boy.  Its run at the end of April. Always on a Saturday. I decided that maybe I could run in it. I was 67 and never did anything like that in my life before. Always too busy working. I'd do some things different, but can't change anything. Dianne's gone and Brent's gone, but I decided to run and I've been doing it ever since. Love it!"

The great smile on his face bespoke the truth of his last two words. Among first responders involved in a critical incident where death has come as at a speed we cannot fathom, and arev never, ever prepared for, they are taught to go for a walk, with a friend.  Get out in the air ... in the oxygen.  When tragedy strikes, or comes too close for comfort, we actually forget to breathe.  Our breathing becomes very shallow and everything is pent up inside of us.  We are fit to burst, or explode, given the right circumstances.   Exercise helps us get breathing again and to fill our lungs and lives with life-giving oxygen.  And to expel the fear from inside us that accompanies death.  Frank had made a decision.  In the face of death, and amidst the tragic and great loss of his dear wife Dianne and then his young precious grandson, Brent, Frank Kelly made the decision to live ... to embrace life.

We talked a bit longer, he introduced me to his daughter, and then to some of his friends. His daughter also ran the Chipman race and we had jockeyed for position during the first couple of kilometers, then, she wasn't there anymore. Little did I know her old man would be almost two minutes ahead of me by the end of the race. Well at least I beat his daughter who is much younger than me.  He said he would look for me at Brent's Memorial Race next year. It was on a Saturday and I had told him that as most races were on a Sunday and I was a priest that didn't work very well for me. He was suprised by my being a priest.  Most people are.

"Come down and see us," he said, "The end of April. Its the first race of the season and a good five miler too."

I got him to pose for a picture, we shook hands. We each had made a new friend and it all began with a conversation at the water cooler, the one with the sugar sweet Gatorade.

PS .... Reflecting on our conversation, and now the holiday ( holy day ) is over, I'm settling down to prepare Sunday's sermon.  Frank's story is really about the Scripture passage I'm reflecting on, concerns being ready for when the summons comes from the Creator to return to that place we call eternity.   What will be the sum of our life and what will our legacy be.  For me, as a Christian, if there is no God, and there's nothing beyond this life, then the whole thing is one great big joke.   I could use stronger language, but you get the message.

The last words by way of a couple of quotes goes to Dag Hammarskjold, who in the thoughts of many died too young, and whose attitude to life and his commitment to a life of service to his fellow human being, and who had a deep spirituality, perhaps says it best:

"Life only demands from you the strength you possess.  Only one feat is possible - not to run away." 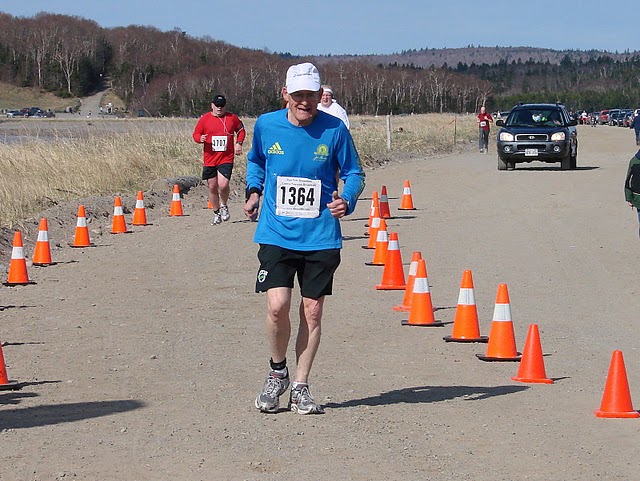