The First Annual Durham Bridge 20km Road Race was held on Monday, May 24th on Victoria Day, the first long weekend that signals that summer has arrived.   It was a beautiful weekend, lots of sun and warm temperatures. 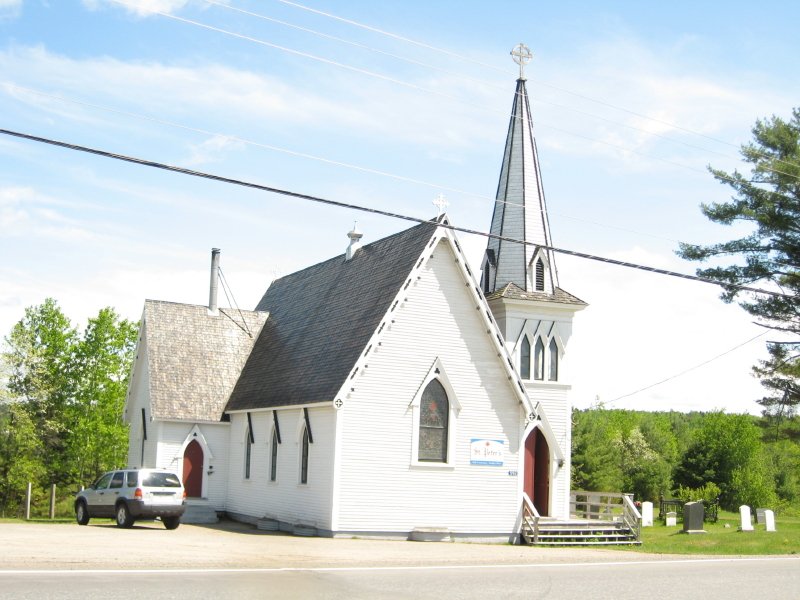 The Race started at St. Peter's Anglican Church, situated on Highway 8, just before the Durham Bridge, hence the name of this inaugural and prestigious road race. 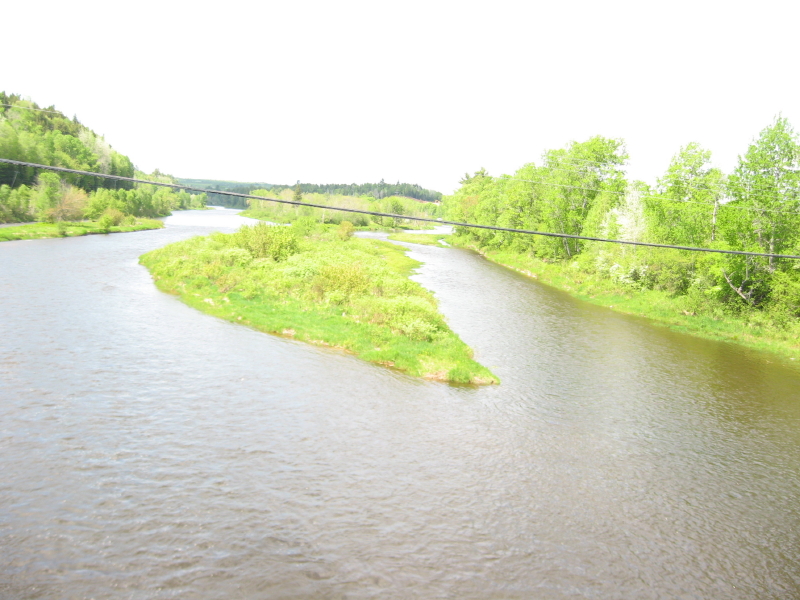 Leaving the Church parking lot, and making a right turn over the Durham Bridge, one crosses the scenic Nashwaaksis River as it gently makes its way to the Saint John River. 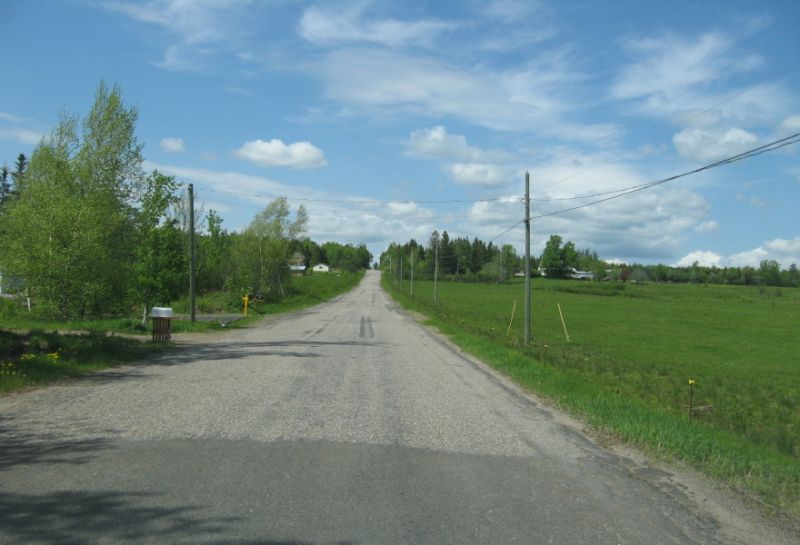 With the open road lying before us, and under sunny skies and fluffy clouds the lone participant in the First Annual Durham Bridge 20km Road Race set off.  The pace was easy and the pressure non-existent. 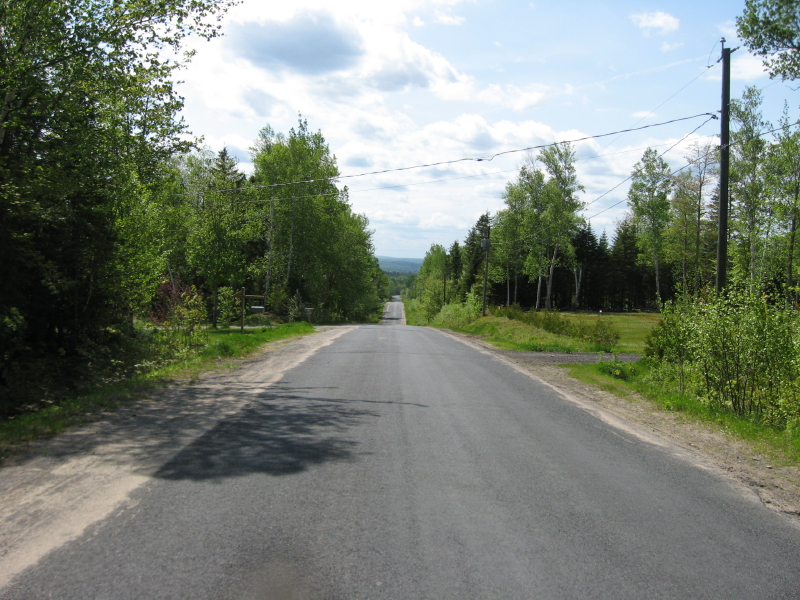 As the lone participant set off, the first 8km were uphill and great effort was expelled for the first hour of the run.   However, once having conquered the hills, it dawned upon the lone participant that there was no one to worry about ahead, or to chase and catch, and there was no one coming up from behind.   No dutchman or his spouse to cause any anxiety.   It occured to the lone participant that the first three places, first, second and third were there for the taking,   No matter what, all the lone participant needed to do was stay on his feet and upright, heading forward and victory would be assured.  Its harder to stay on your feet once you are over 60 I guess, and the dutchman can attest to this as he took a couple of tumbles during training for the Fredericton Marathon.  Next year he will probably need to use a walker.   Although there is concern that he may have found the training this past winter too much and is considering retirement from the sport, from all sports actually, except the luge. 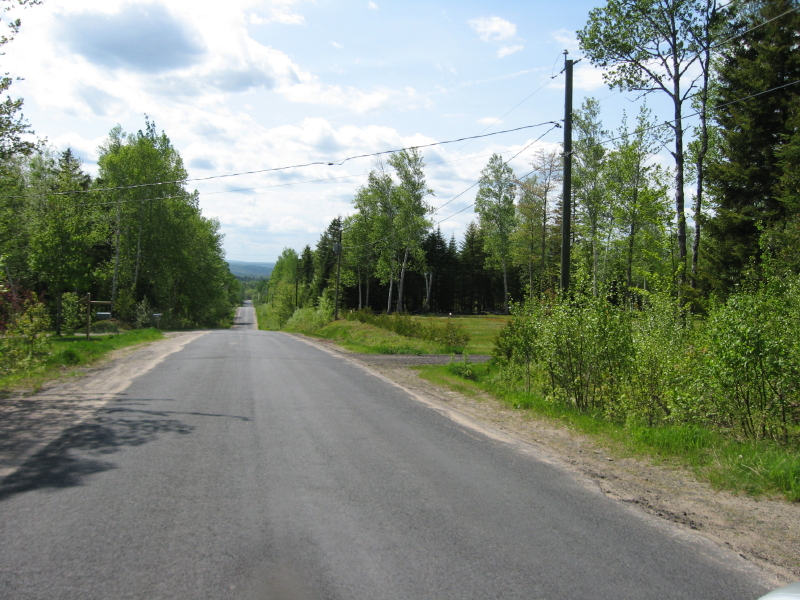 The last 10 km of the first Annual 20km Road Race is all downhill and very fast.  It is also very scenic.   The lone participant had time and opportunity to take a few photos as he did not have to worry about people catching and passing him.   It was a pleasant and pressure free race. 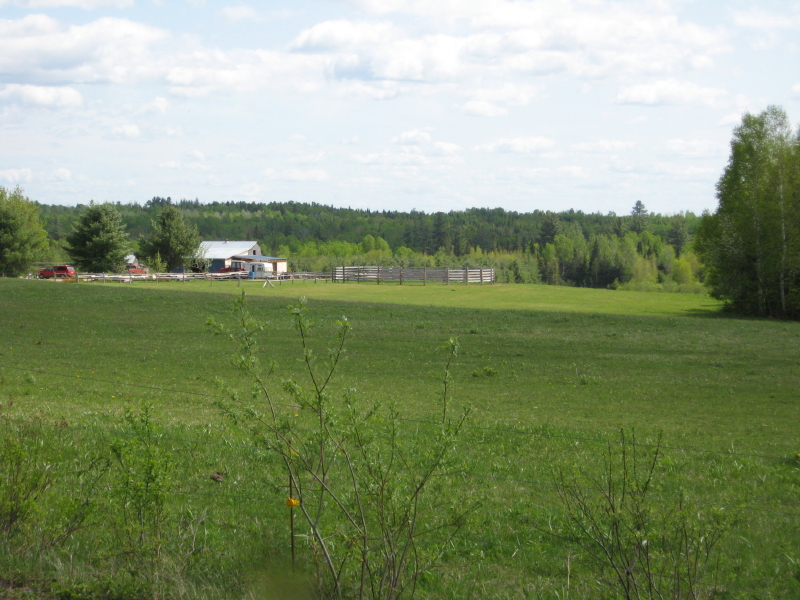 A very pastoral scene.  It was an opportunity to just take in the silence and beauty of nature.   Every once in a while birds would break the silence with their summer songs. 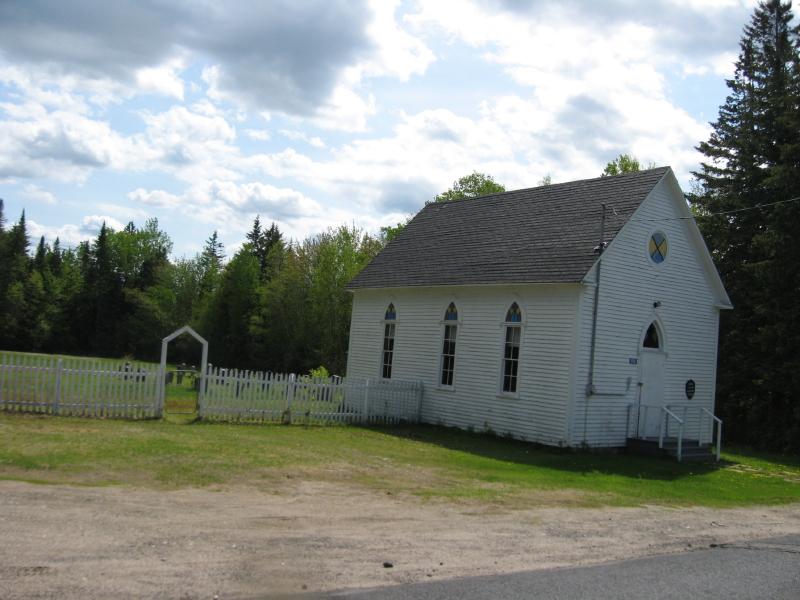 This little church has witnessed a lot of changes over the years as the graveyard attests to. 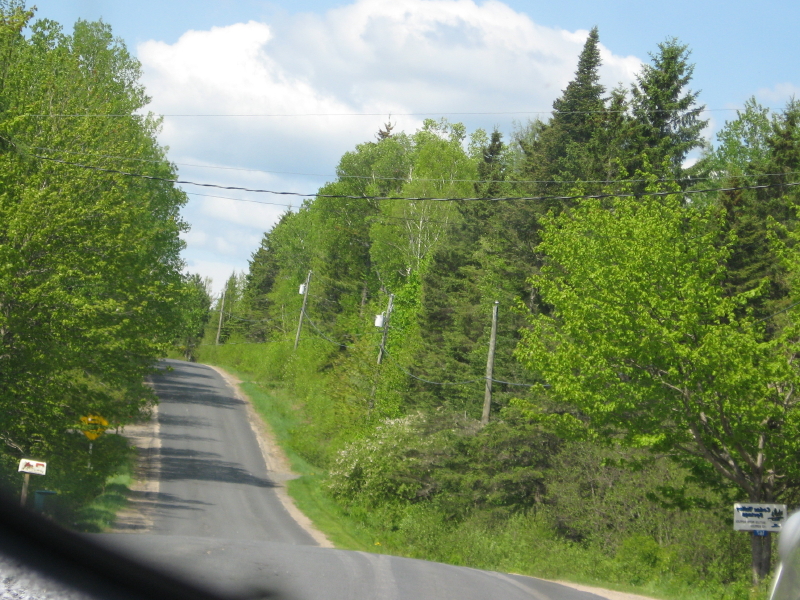 Its all downhill from here and the running is easy! 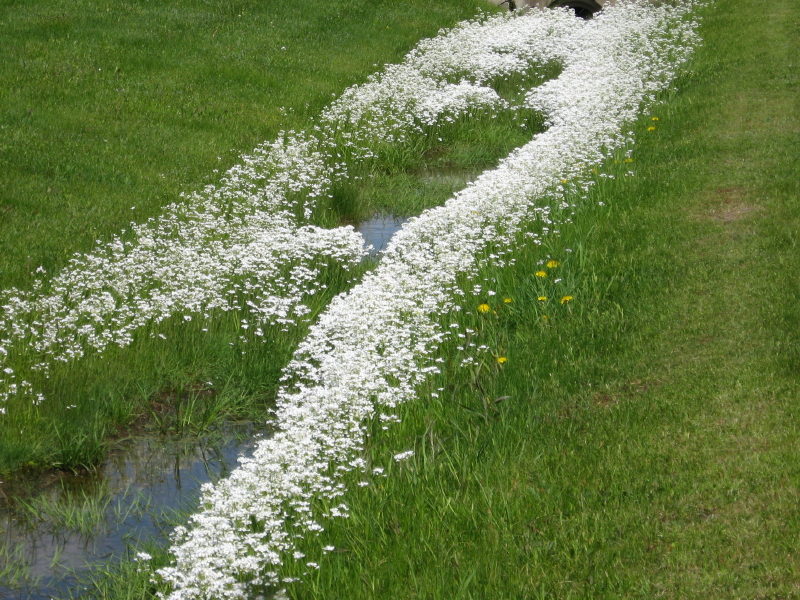 Taking time to take in the beauty of nature. 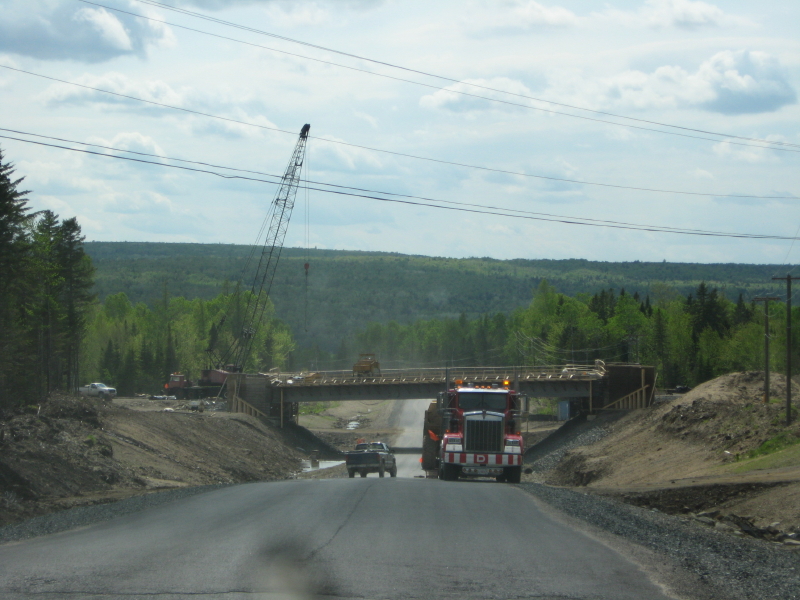 Change is on the way.   The new highway cuts right through the Durham Bridge 20km Road Race Route. 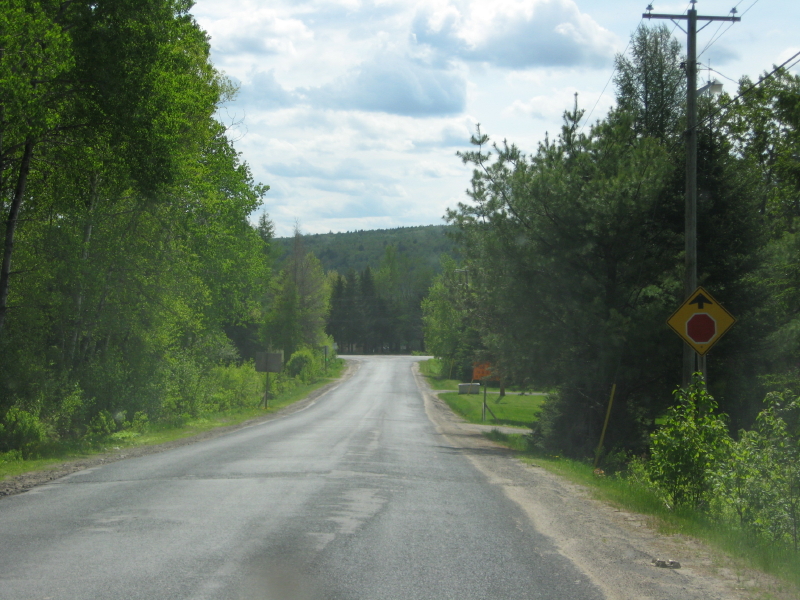 Coming 'down' the upper Durham Road - going up would be quite a workout! 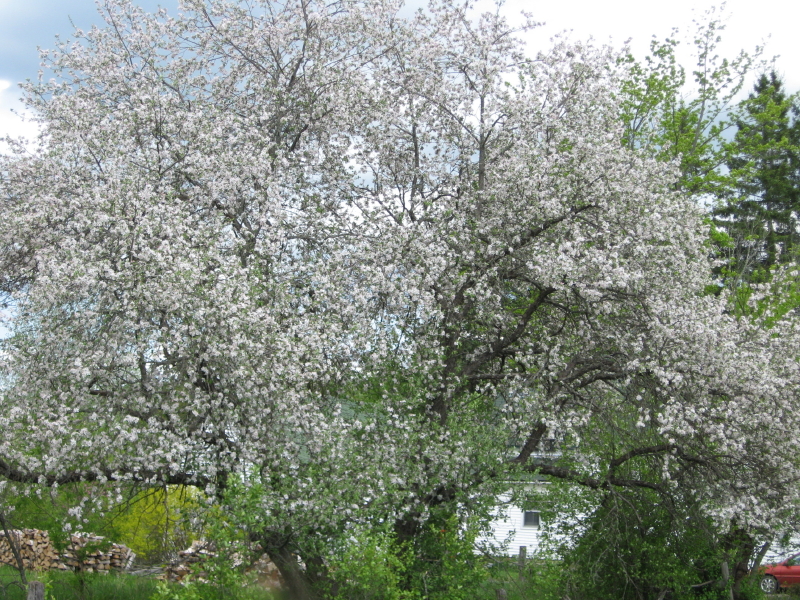 Ah, the signs of the exuberance of summer! 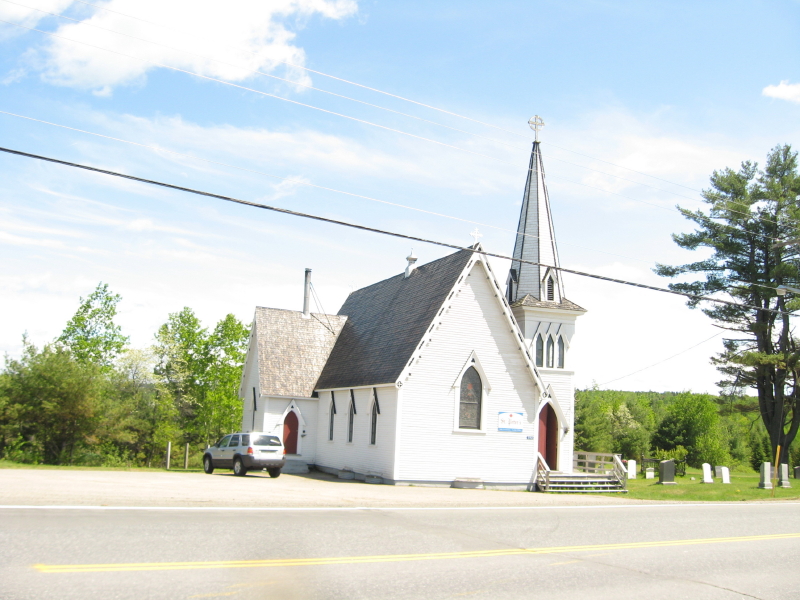 and here we are just under 2 hours later ... back at the start and the finish. 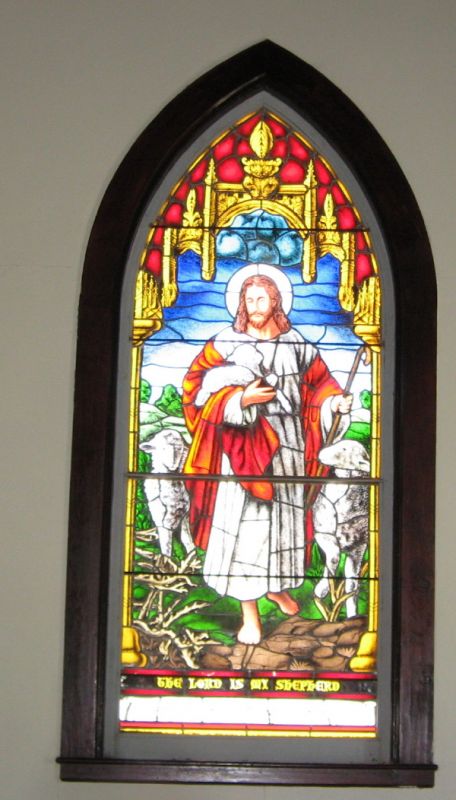 This is the west window of St.Peter's Anglican Church depicting Jesus as the Good Shepherd.