If You Are Fit, You Can Take It Easy

New Year’s resolutions tend to war with wintertime malaise. Resolution urges you to work out. Malaise suggests that you linger in bed. But there’s good news for those of us torn between these impulses. A number of newly published studies offer compelling reasons to get out and exercise on the one hand, as well as new estimates of just how little we can do and still benefit on the other. 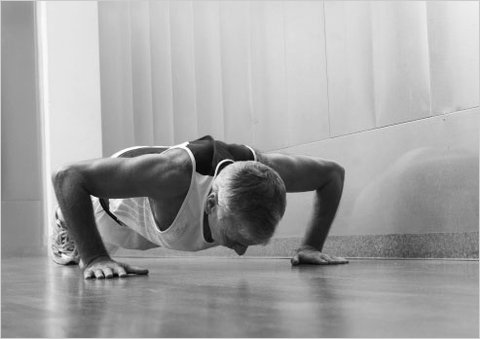 The most sobering of the recent studies, published last month in The British Journal of Sports Medicine, looked at a large group of retired elite male athletes, most now in their 50s. Some had remained physically active, although they were no longer competing. Others had taken fully to sloth, avoiding almost all exercise. When the researchers examined the health profiles of the two groups, they found, to no one’s surprise, that the sedentary ex-athletes had a much higher risk of metabolic abnormalities, including insulin resistance, than their more active counterparts. Training hard and often in their youth had not conferred lifelong health benefits on the athletes as they aged, not if they now sat around all day.

Similarly, although in a more compressed time frame, a study published earlier this year found that when a group of world-class kayakers completely quit training (at the end of a competitive season), they rapidly lost strength and endurance. After only five weeks of not training, according to one measure of strength, they’d sloughed off about 9 percent of their muscular power and 11 percent of their aerobic capacity.

In other words, being almost completely inactive, whether for a short or prolonged period of time, inexorably de-tones muscles and compromises health. The benefits of regular activity don’t last long.

But there is a loophole. In these same studies, as well as others, relatively small amounts of activity allowed participants to maintain much of the health and fitness they had previously gained. In the kayaking study, for instance, some of the athletes didn’t completely cease their training at the end of the season; they merely cut back, limiting themselves to one weight-training session and two endurance workouts per week (a fraction of their full-season training) and consequently lost barely half as much of their aerobic power as the kayakers who stopped exercising altogether. Five weeks “of markedly reduced training in a group of elite athletes seems effective for minimizing the large declines” in conditioning “that take place by completely stopping physical training,” the authors wrote.

Even more relevant to those of us who aren’t world-class athletes (and aren’t, therefore, likely to reduce our training to three sessions a week), a study just published in Medicine & Science in Sports & Exercise suggests that visiting the gym only once a week may be enough for young and older athletes to hold onto past strength gains.

For the study, researchers with the University of Alabama at Birmingham recruited one group of adults in their 20s and 30s and another in their 60s and 70s and had both groups undertake a four-month program of fairly strenuous weight training, with thrice weekly, multiset sessions at the gym. By the end, all of the volunteers were dramatically stronger and had added considerable muscle mass.

The researchers then randomly assigned the volunteers to different groups for the next eight months. One group quit all exercise. Another cut the number of their training sessions by two thirds, showing up at the gym only once a week. The final group not only reduced the number of their gym sessions to once a week, but completed only a third as many exercises during that session, for a total reduction in exercise volume to one-ninth.

At the end of the eight months, the groups’ muscle size and strength varied markedly. The volunteers who stopped all exercise, whether they were young or old, had lost most of their newly acquired muscle mass, as well as a large portion of their strength. Those who’d continued to train once a week, however, had maintained much of their muscle mass, as well as their strength. The younger volunteers had even added muscle mass with the once a week full sessions (although not with the shortened bouts). Older volunteers hadn’t augmented their muscle size during the maintenance routines, but they had lost little of their strength gains, even when their exercise volume was reduced to a ninth. A “once per week exercise dose was generally sufficient to maintain positive neuromuscular adaptations,” the study authors concluded.

There are caveats to these encouraging findings, of course. You must have a baseline level of fitness to maintain, for one thing. Before they moved to the once-a-week routine, the weight trainers completed four months of three-times-a-week sessions. If you have no fitness base, resolve now to build one. The latest studies also did not pin down just how long you can maintain a reduced level of exercise, without the vestiges of fitness finally slipping away. The maintenance portion of the strength-training experiment lasted eight months; the kayaking study stretched only to five weeks. At some point, you probably have to return to a full exercise program. But for now, a little may be enough.