At the Wednesday Night's Fun Run, a large crowd of excited runners set off to 'do the bridges'.  At first there was a bit of confusion at the traffic lights as the people went off in many directions not having the leadership of Harry the head of the pack for the first minute or so, thus showing the way for those who come from behind.   We were lost without our illustrious leader.  Nine more weeks of confusion.

Only ten minutes in, and already Steve is looking like he's lost his way,

but Mike looks like he knows the way and saves the day. 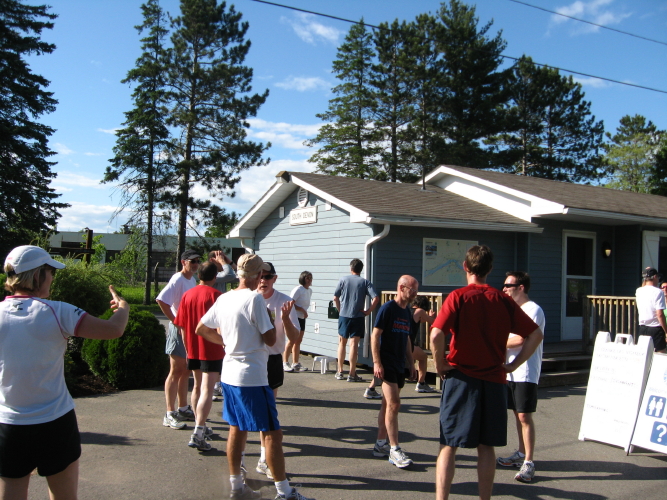 Time for a stretch as demonstrated by elevator Geoff, while those around catch their breath.

Not sure what the conversation might be about, but Charles seems to have figured it out! 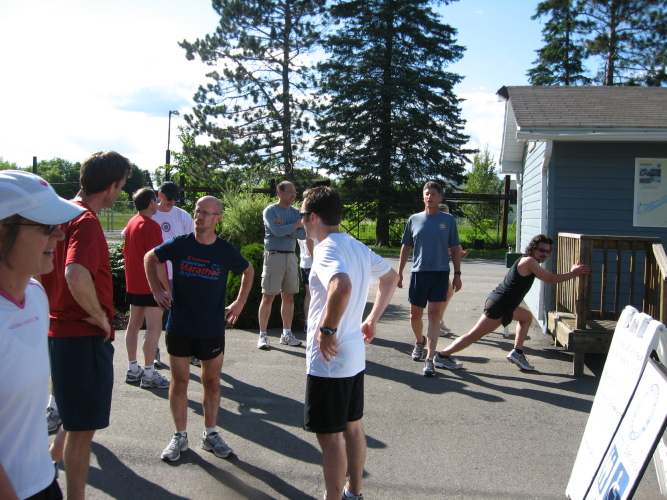 Steve's still not sure, but now he's standing to pose, Mike still looks like he really knows,

and before you know it they set off and go, without letting me, the photographer, know!! 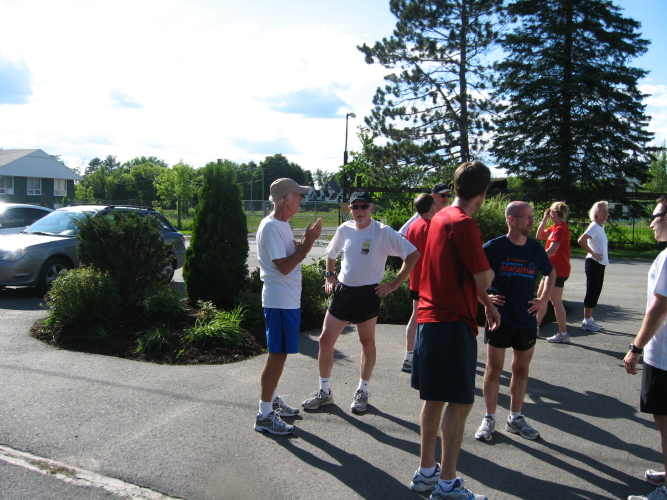 This is the view from the back of the pack, as far as I can tell,

one that Harry, the Flying Dutchman knows only too well!

What can one say, at the end of the day, words don't come my way,

but these are some of the 'old boys' who still know how to play. 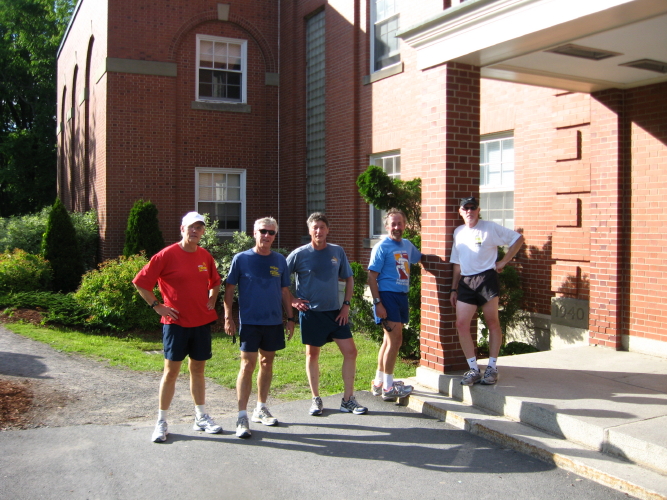 Between the five of us we add up to 300 years, enough to make a runner shout and cheer!